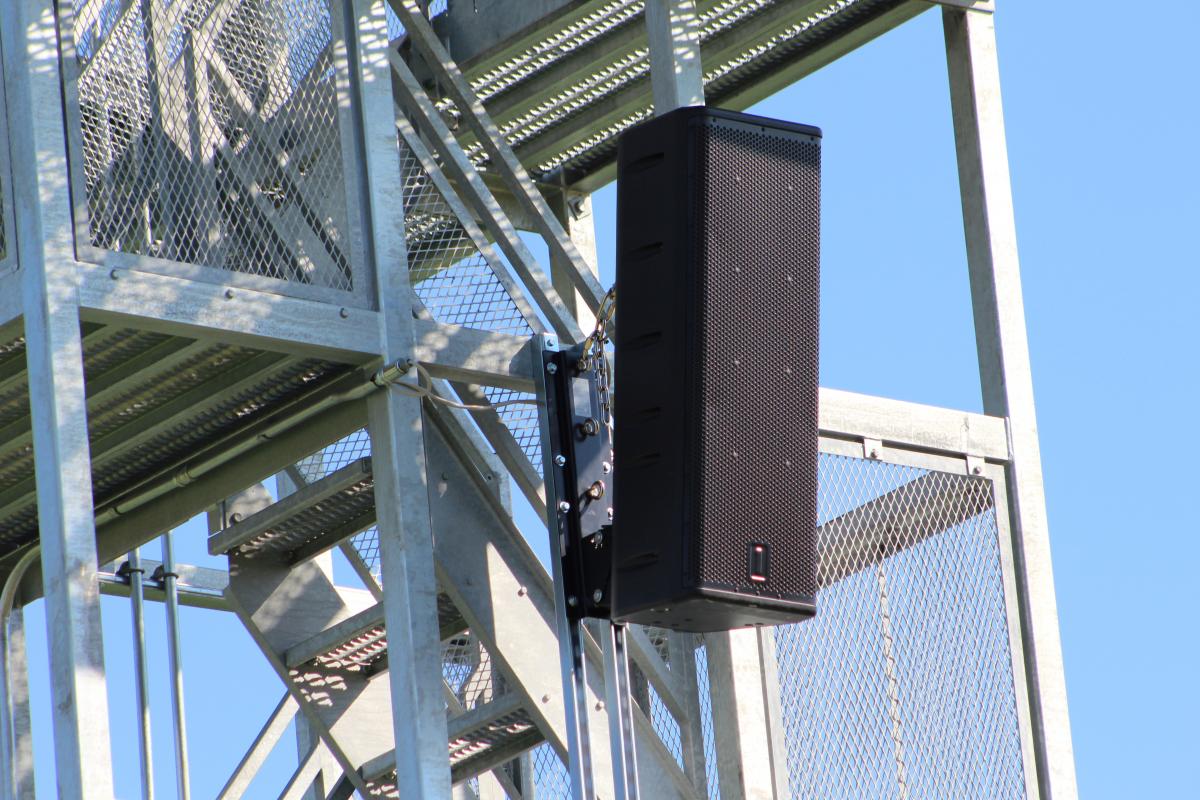 The University of Mississippi, commonly referred to as Ole Miss and home to the Rebels football team, recently upgraded the football practices fields (Manning Field) with a new sound reinforcement system from One Systems.

Over the summer, new parking areas allowed for the length of the practice area to expand to accommodate two full-length practice fields. Each of the fields is now covered by a state-of-the-art 312/HC sound reinforcement system installed by Memphis, Tennessee-based Audio Communications Consultants.

“The athletic department was looking for a system that could be played loudly while still maintaining a good low end presence,” explains Walter Wilhelm, vice president at Audio Communications Consultants. “One Systems loudspeakers not only offer direct weather protection, but they have an audio quality that you don’t see in a lot of similar loudspeakers. They can get loud and still retain musicality and vocal integrity – we recommend them all the time.”

Wilhelm designed a system that consists of 14 One Systems 312/HC loudspeakers. Ten of the loudspeakers were equipped with ACCI custom brackets for mounting them individually to new Musco lighting poles that were installed around the practice area. The remaining four loudspeakers are mounted to four coaching towers located in both fields. All the loudspeakers are situated approximately 35 feet from the ground for clean, even distribution of sound.

For added flexibility, Wilhelm designed a two-zone system, allowing each practice field to be managed individually when necessary, or both zones to be married together for coverage of the entire practice area.

In addition to the practice area, Audio Communications Consultants was responsible for providing sound reinforcement for areas of Vaught-Hemingway Stadium that also received upgrades. Wilhelm and his team installed a distributed system made up of 19 112/HTH loudspeakers to cover the new concession concourse located in the north end zone of the football stadium.

The One Systems 112/HTH is a 12-inch, two-way design that provides high level acoustic radiation and extended low frequency response from an impressively compact enclosure. The 112/HTH is loaded with a large format ferrite compression driver and high order filtering to provide superb intelligibility and extended bandwidth.

“The direct weather capabilities of One Systems loudspeakers make them an easy choice for outdoor or weather-challenged venues,” concludes Wilhelm. “Their sound quality and vocal intelligibility is an impressive bonus. They can be more than a direct weather solution – they are an excellent audio solution for many applications.”